Skip to content
PGDM Approved by AICTE, Accredited by NBA and Granted Equivalence to MBA by AIU - Call Now # 8448589526 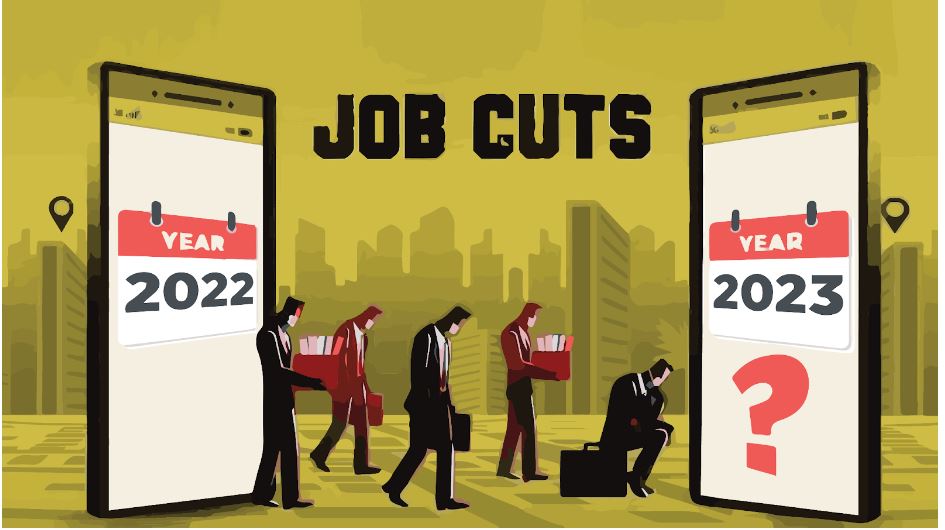 The Mass Layoff at Tech Companies

Employees are fearing job losses due  to cost-cutting, over-hiring, or just because of the trend.

World’s big tech companies hire the best minds of the world, offering them above  average packages and secure careers. This sense of security is now soon getting eroded.

As the tech industry continues to evolve and adapt to new market conditions, we are seeing a trend of companies laying off large numbers of employees. Many affected employees are mid-level managers and engineers across the tech sector, including IT services, e-commerce, and startups. While this can be a complex and uncertain time for those affected, it’s important to understand the reasons behind these layoffs.

The cause of layoffs is primarily due to excessive hiring in the sector. The top five companies, Facebook (Meta), Apple, Amazon, Netflix, and Google (Alphabet), also known as FAANG, increased their headcount by over 80% between 2019 and 2021. Then, In 2022 alone, more than 1,18,000 employees have been forced to bid farewell to these companies. Companies such as IBM, Intel, Cisco, Oracle, Uber, Airbnb, Twitter, Tesla, Snap,Salesforce and Shopify have also announced layoffs adding up to more than 10,000 employees affected by the mass layoffs.

The tech industry is in a rapid pace of innovation and disruption and smaller companies are using a variety of innovative recruitment techniques to find and attract skilled candidates. These include referral programs where current employees are incentivized to refer qualified candidates, social media recruiting on platforms such as LinkedIn, Twitter, and Facebook, virtual recruiting methods such as video interviews and virtual career fairs, the use of artificial intelligence and machine learning to automate the recruiting process, a focus on creating a compelling employee value proposition (EVP) to attract and retain top talent, an emphasis on providing a positive employee experience, and targeting specific niches and communities by posting jobs on niche job boards or communities.

Google is one of the companies planning to conduct a more rigorous review process for its employees in order to avoid job cuts. They’re planning to focus more on the performance of their employees and are likely to cut the jobs of those who fail to meet the set targets. The layoffs are part of Google’s effort to trim its workforce and streamline its business operations.

Besides Tech, Big banks including Credit Suisse, Goldman Sachs, Morgan Stanley and Bank of New York Mellon have begun to cut more than 15,000 jobs in recent months, and experts expect others to follow suit given the plans already announced. If banks are not retrenching then they are hiring only when extremely necessary.

The current scenario is a precursor to the looming recession and infusion of liquidity to catalyze  power spending and production is a tool to be used cautiously to recover from the situation.

It seems like a repetition of the financial crisis of 2008 but the world hopes to recover faster than before given the resilience that businesses have developed post covid.

Kindly leave your Name and Email ID and we will get back to you...